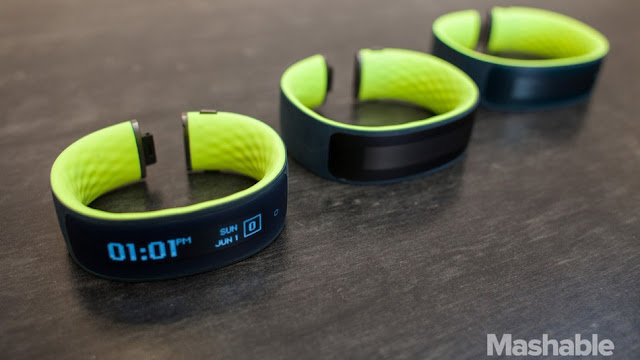 HTC delays Under Armour-branded wearable after testing and user feedback


As big tech companies invest more resources into developing wristband wearables, HTC is getting cold feet with its own wearable plans.

In March, the company teamed up with Under Armour to built the HTC Grip. The manufacturer showed it off at Mobile World Congress in Barcelona and gave it a spring launch date.

But now, HTC confirmed to Mashable that it's pulling back on shipping the product and will rework it after "extensive wear testing and user feedback."

Through our partnership with Under Armour, we have continued to refine our vision and approach to the health and fitness category. Our goal is to offer best-in-class products for our customers and partners. After extensive wear testing and user feedback, we have decided to align GRIP with the entire product portfolio for health and fitness launching later this year. This will be a state-of-the-art comprehensive portfolio of products for this category powered by UA RECORD. We are excited to launch this new comprehensive product suite and will share further details as we get closer to launch.


Although it's unclear whether or not the user feedback was positive, we can assume the company wants to make sure the Grip is a success — and if it was good as is, the launch wouldn't have been delayed.

HTC's Grip, scheduled to cost $199 and a part of the brand's Re line, is a fitness tracker aimed at runners but with a healthy sprinkling of smartwatch capabilities (including GPS), too. It would mark the company's first attempt at the saturated space, but looked strikingly similar to the Nike+ Fuelband (in size, style and design, with a low-resolution display), a piece of hardware that is no longer for sale. Wearables are becoming increasingly sleeker, slimmer and more fashionable — characteristics that didn't exactly sum up the aesthetic of the Grip.

In addition to improving on style, HTC should consider integrating the device with health platforms such as Google Fit or Apple Health — hubs that pull in data from various wearables and apps to allow users to see a bigger picture of their overall health and fitness logging.

But as of now, the company didn't provide any additional details about how the Grip will be worked into a new lineup of Under Armour products in the future, or what those products will look like.