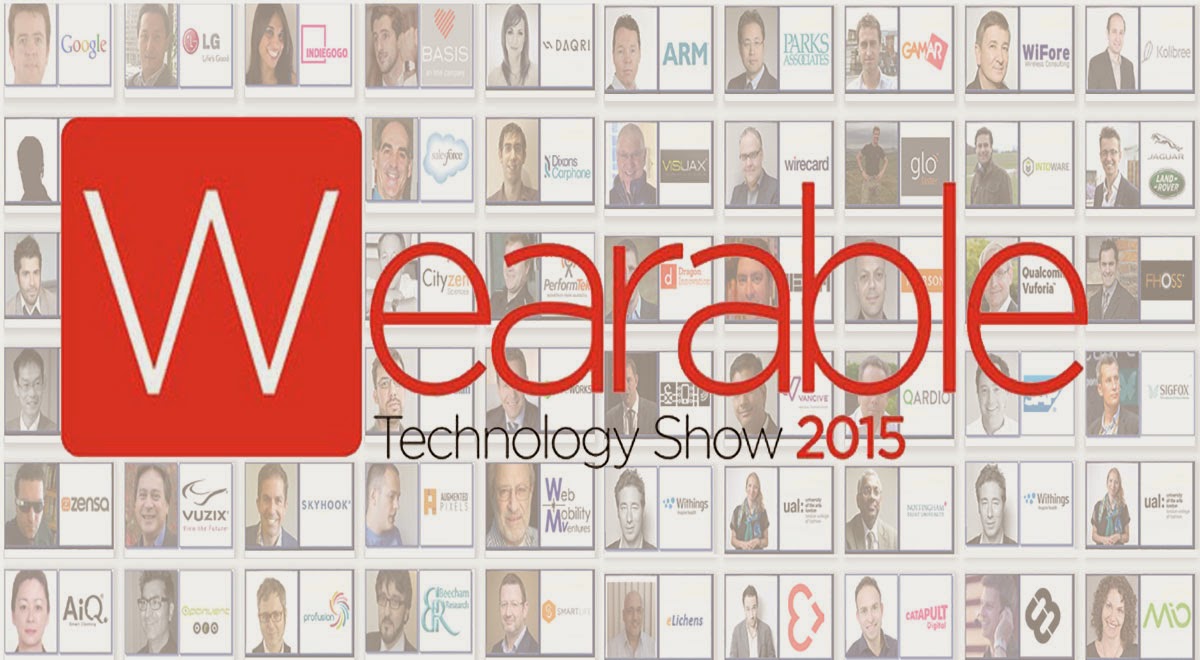 
Wearable Technology Show 2015: That was the show that was

We round up the most interesting products from London's wearables expo

OPINION:The Wearable Tech Show was held this week in London. Offering a fascinating glimpse into the augmented reality and wearable device market, the show played host to a range of product launches and demonstrations.

Spanning the whole spectrum from consumer products to B2B services, there was a huge diversity of industries covered. Healthcare tech, in particular, had a strong presence – even more noteworthy given the recent announcements surrounding Apple's ResearchKit.

For those that couldn't make it to this year's show, we've rounded up some of the best and most interesting highlights.

One of the most interesting displays was a wireless charging area, run by Aircharge. Users visiting the tables and benches equipped with small black plates, could charge their devices, either with built-in wireless charging capabilities, or by using one of Aircharge's dongles.

Using the Wireless Power Consortium's Qi standard (pronounced 'chee'), Aircharge hopes to become the leader in public-space wireless charging, much in the way that The Cloud has with public Wi-Fi. The former also recently released an app to guide users to the nearest of the 3,000-plus Qi-based charging points around the world.

One of the most common complaints about modern devices is an ever-shortening battery life. While Apple has touted the new MacBook as having an 'all-day' charge, if used as expected it might only lasting nine hours. That being the case, public wireless charging points are a miracle of convenience. Indeed, if the technology catches on in the way that Aircharge hopes it will, power problems could be a thing of the past.

Bainisha is one of a growing number of tech start-ups developing wearables specifically for medical markets, and is aiming to track the progress of degenerative muscle diseases. However, while the sensors capture medical-grade levels of detail, the technology also has applications outside of healthcare.

Integration with skin-tight fabrics would still capture enough data to accurately track muscle strain and development for the purpose of workout tracking, according to the firm. The low price-point of the components also mean that a partnership with sportswear firms like Nike or Adidas could provide serious competition to the existing fitness tracker market.

Epson demonstrated an updated version of its Moverio augmented reality smartglasses. Running on an Android-based operating system, the headset delivers impressively sharp visuals, along with spot-on head tracking and stereoscopic 3D. Another point of note for some users is that it fits over existing glasses, whereas other smartglasses may not be so compatible with spectacles.

The device is both powered and controlled by an external pack, which is not dissimilar to the size of a circa-2009 smartphone. While this is a little unwieldy compared to rivals' control methods, it does give the Moverio a battery life of around 6 hours. Considering that most of the competition is still stuck at under two hours for power-users, this is not to be sniffed at.

While the Moverio has applications as a consumer device, Epson was quick to point out its B2B capabilities. The company already has partners across various industries using the Moverio as an enterprise tool, most commonly by relaying real-time, step-by-step instructions from off-site experts to workers on the ground vie first-person video link.

While not technically exhibiting at the show, representatives from the ODG were in attendance participating in various panels focused on augmented reality. We managed to get a hands-on demonstration of its smartglass technology, including the R-7 model the company debuted at CES.

Both the R-7 and the earlier R-6 come packed with incredible displays – 720p per eye, which makes the visuals absolutely gorgeous, and the 80 per cent screen transparency means that with the AR content turned off, you'd never know the glasses were smart. It's also built on an Android operating system, and is automatically compatible with any tablet-optimised app.

ODG has a rich pedigree in developing AR technology for government and military contracts and this experience is being put to good use. The company is currently exploring the B2B potential - for example, multiple enterprise applications, including tele-presence uses for medicine and repair - of its product, according to Tony Sanchez, ODG director of special projects.