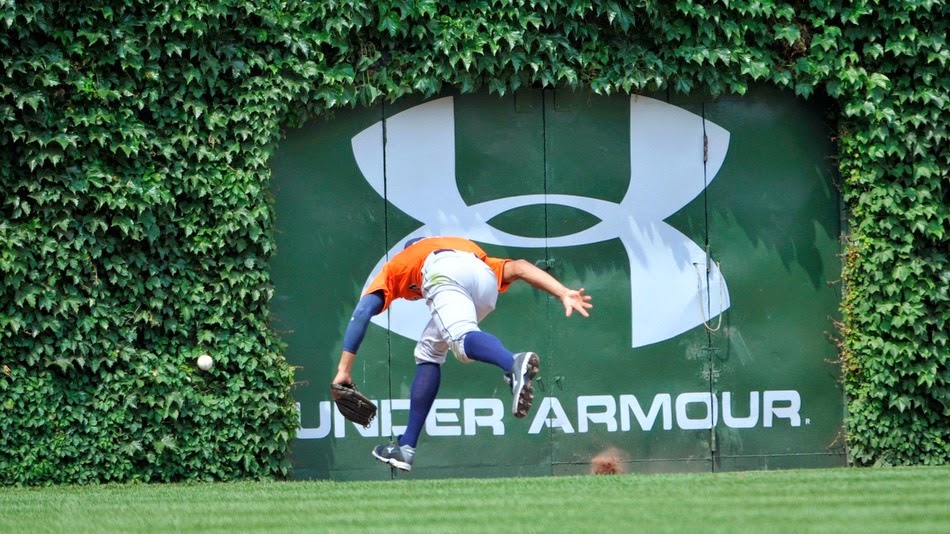 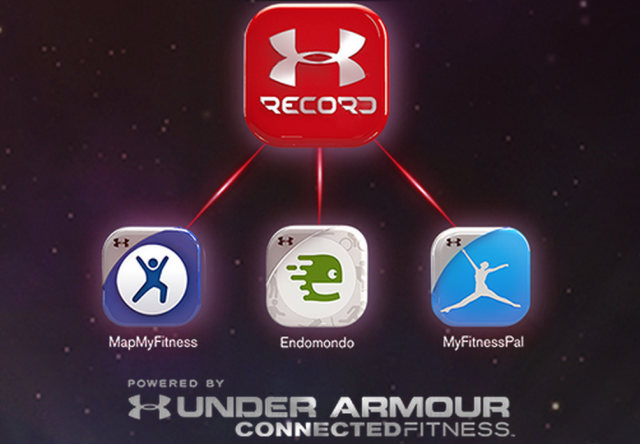 Under Armour Inc. has some out-there ideas for your clothes.

The athletic gear company has been spending big to buy developers of apps to monitor personal fitness, aiming in the short term to sell more shirts and shoes. Longer term, Chief Executive Kevin Plank envisions a time when clothes themselves become the means to track movement and biorhythms.

“If we believe that our future is going to be defined by these hard pieces of glass or plastic that sit in our back pockets, you’re crazy,” Mr. Plank recently told investors. “It is going to convert into apparel.”

Under Armour sees its acquisition of fitness apps, including two deals announced this year, as establishing a beachhead within a community of people who want to be measured—a relationship that could pay dividends if connected clothing were to become a reality.

Futuristic gear has long appealed to Under Armour, though its track record is spotty. The company spent nearly $1 million developing high-tech racing suits for the 2014 U.S. Olympic speedskating team, but the garb was criticized and ultimately discarded by the skaters.

A 2011 project to develop an electronic shirt that monitored biometrics evolved into just a heart-rate strap. The company then phased out the strap because production, which involved 13 different parties on five continents, was too difficult, Mr. Plank said.

From that experience, Under Armour has dropped any ambitions to develop hardware but it hasn’t given up on electronic clothes. “I can’t speak to the specifics of products we’re developing, but we strongly believe that in the future, all products will be ‘smart,’” said Robin Thurston, Under Armour’s senior vice president of connected fitness and co-founder of MapMyFitness.

Meanwhile, Under Armour has turned to fitness apps, tagging $710 million to buy three companies in a little more than a year, including MapMyFitness and MyFitnessPal, its biggest acquisition ever. With what Under Armour calls the largest online fitness community of over 120 million users, the company hopes to convert the millions of casual athletes who count calories, steps and miles into buyers of its shirts and shoes.

It also faces formidable competitors. Sportswear rival Nike Inc., having dropped out of hardware, is also focusing on software, recently updating its Nike+ Fuel app to allow users to track their fitness on newest editions of the iPhone.

Apple Inc. is developing health apps for its latest iPhone and coming smartwatch, though it has scaled back some planned health-monitoring features after encountering difficulties, people familiar with the matter have said.

There are other challenges. Online communities aren’t necessarily receptive to sales pitches. And the companies Under Armour is acquiring appeal to three disparate groups: MapMyFitness, largely a U.S.-based group of runners and bikers; MyFitnessPal, a calorie-counting app; and Endomondo, a largely European group of athletes.

“Data for the sake of data, that’s fine, but you have to take that data to an experience,” said Richard Ting, chief experience officer at digital advertising agency R/GA, which counts Nike as a client. “All roads hopefully eventually lead to commerce.”

To that end, Under Armour has teamed up with e-commerce shoe retailer Zappos to send users a pop-up notification when their sneakers are nearing the end of their life, based on workout data logged in MapMyFitness apps. So far, about 300,000 members use the feature, from which they can purchase shoes on the Zappos site.

“If we could get everybody on the planet to work out just one more day a week, we’ll be in really good shape for our business,” Mr. Thurston said.

The digital investments won’t change its long-term profit forecasts, the company says, but they will add between $25 million and $30 million in revenue this year, largely from advertising and subscriptions.

Under Armour’s strength has been in apparel. Within 19 years, it rose to become the No. 2 sports-gear maker in the U.S. by introducing moisture-wicking fabric for workout clothes while dropping the heavy cotton T-shirts of previous generations. The company now generates nearly three-quarters of its $3 billion in annual revenue from apparel.

Like its primary competitors Nike and Adidas AG , Under Armour distributes its products to retailers, meaning that for the most part it doesn’t have a direct relationship with its consumers. By building its fitness app community, Under Armour is trying to position itself to interact frequently with customers.

“Every company is trying to get a piece of our attention, and this is another way of Under Armour being on my mind a little longer,” said Camilo Lyon, managing director of equity research at Canaccord Genuity.

Looking ahead, futuristic fibers could very well be in the mix. Mr. Plank helped woo founders of the apps he has purchased by showing them an advertisement dubbed “Future Girl.” It depicts a woman donning a garment that changes shape and color at the touch of a finger, analyzes her yoga poses and lights up with sensors to track her morning run.

One version of that commercial ends with a voice-over that says: this product isn’t available yet, but is being built at Under Armour right now. “And it’s never been more true than today,” Mr. Plank told investors in February.