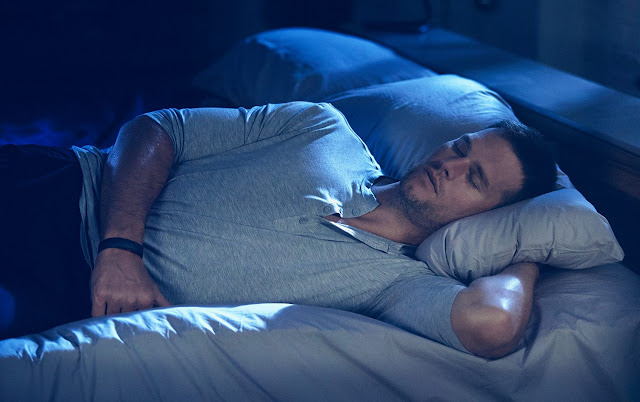 Under Armor's Athlete Recovery Sleepwear is super comfy, but will not make you Tom Brady.

Under Armour now makes Tom Brady pajamas. Yes, you read correctly: performance-oriented jammies bearing the branding of the New England Patriot's MVP quarterback. Regardless of your NFL allegiance, it's hard to argue against four Super Bowl rings, so Under Armor thought it Appropriate to attach its maximum sleep technology to number 12.

Why Tom Brady? Besides the fact that he and Under Armor have an existing relationship, the star athlete credits sleep as one of the most important components to his training regimen. And Under Arm claims the tech in these duds can help enhance your next snooze.

What makes these jammies so special?

Officially termed Athlete Recovery Sleepwear, these jammies incorporate bioceramic particles into the special pattern on the fabric itself. The bioceramic material absorbs the heat emitted by the body and reflects it as far infrared (FIR) back to the skin, which Under Armour claims, “helps your body recover faster, promotes better sleep, reduces inflammation, and regulates cell metabolism.”

If this sounds like baseless voodoo, the U.S. National Library of Medicine has investigated far infrared radiation’s effects and medical applications in stimulating cells and tissue. Specifically, a paper from the Photonics Lasers Med journal noted, “Thermal radiation … has been used effectively for millennia to treat/ease certain maladies and discomforts … With the development of better technology to deliver pure far infrared radiation (FIR), the benefits from its effects have widened.”

Where special saunas and heat lamps take an active approach to delivering FIR, technical fabrics such as the one Under Armour developed can aid the wearer around the clock without any additional investment other than buying them in the first place.
Let’s not overlook that detail – the top and bottoms are $100 each, so have your two bills ready if you want to sleep like Tom Brady. If you opt for shorts and short sleeved t-shirt, you’ll save $20 apiece.

But do they work?
Technology story aside, these pajamas are the most comfortable I have ever worn. Comfort can be subjective, but the material is extremely soft, stretchy, and light.

I sampled a set of Athletic Recover Sleepwear following the first official day of CES 2017, where Under Armour announced them, and where I ran myself ragged walking the Las Vegas Convention Center. I won’t pretend that I have the same day-to-day demands as Tom Brady, but if there was ever a time of year where I need every advantage I can get, it’s during early January with CES and Outdoor Retailer.

By themselves, the sleepwear won’t transform you into a new person the next morning, let alone an all-star athlete married to a Victoria’s Secret supermodel. The early year trade shows were still as grueling as they normally are, even armed with the fancy jammies. Obviously, it’s unrealistic to expect pieces of fabric, no matter how technical, to be magic – just as how a pair of Jordans don’t give you added hangtime.

Naked sleepers may have their reasons, but technical materials indeed enhance comfort, moisture management, and performance in many situations. Under Armour believes that performance fabrics even during sleep can play a key role.

To Under Armour’s credit, it has made it no secret that performance sleepwear is just one factor of several. On the product website for the sleepwear, Under Armour shares Tom Brady’s sleep regimen, including shutting down devices 30 minutes before bedtime to quiet the mind, hitting the hay at a consistent time, staying cool, keeping noise down, and keeping your bedroom free of dust and dander.

Following the first five of those steps will all but guarantee a good night’s rest, so the addition of the sleepwear is really the cherry on top. The underlying theme in the steps outlined above is to create conditions for comfort, and we’ll give the nod to Under Armour for making some comfy threads.
So, yes: Good sleep can be aided by performance fabrics. But they aren’t going to change the game.