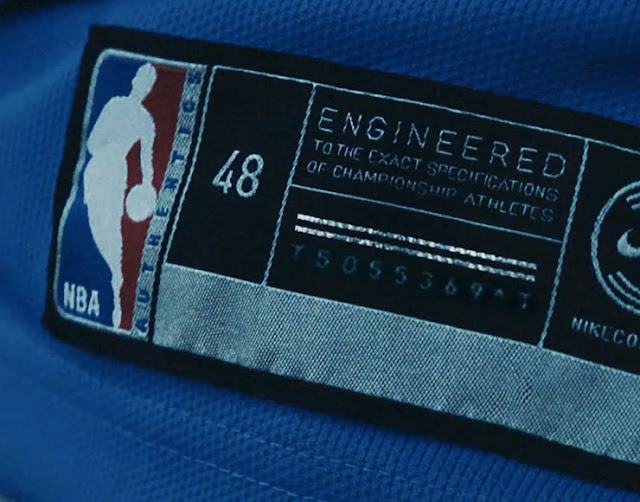 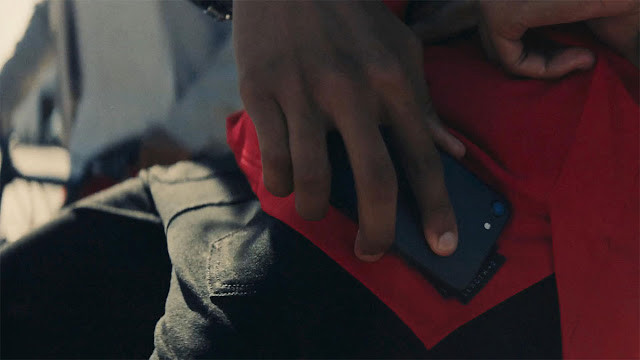 How The NBA, Nike Partnership Leads To Smart, Connected Uniforms

The technology of the new uniforms ranges from the make and fabric of the jersey to an NFC chip located in the bottom left corner of the jersey, opening up a plethora of player information for shares resulted in both both players and executive say to be the perfect product of the eight-year partnership between the league and Nike that starts this season.

"Even in practice jerseys and T-shirts you can feel the difference [between the new and old apparel]," said Minnesota Timberwolves center Karl-Anthony Towns. "Just the quality of it is at a whole other level. There is so much more breathability and it's more comfortable and I'm confident with the equipment. We should feel just as confident in our skills as we do in the equipment that were in.

Towns is not alone in feeling a certain amount of breathability. The Memphis Grizzlies' Mike Conley compared the feeling of the new jerseys to just wearing an undershirt.

These feelings were not an accident for Nike.

The new jerseys also feature nodes which lift the jersey off of the athlete's skin and allow for air to come in through the front of the jersey, move around and exit out the back.

"The garment is actually being lofted off the skin which allow for micro air circulation around to the back to this exhaust panel," Nike chief design officer John Hoke said. "All of that temperature exhausts through even the back panel, including the numbers. It let all of that heat go through the back as they're running so it keeps the athlete fresh, especially in that fourth quarter.

The jerseys, which are 20 percent lighter than the NBA's former jerseys, are made up of two fabrics: a front face fabric, Alpha Yarns, and a back facing fabric, jersey mesh, both of which lend a hand to the breathability and lightness.

Nike did not stop its innovation at the fabric for the players. They brought some for the fans — not only incorporating technology in the make of the jerseys but in the jerseys themselves.

“Just as athletes want the best equipment the world has to offer, so do fans,” Towns said. “Nike is bringing that to the fans. Now when you’re buying a jersey, you aren’t just buying a name on the back and a number of the front, you’re getting insight into the players that you spend your hard-earned cash on to see.”

On jerseys available for purchase starting Sept. 29, fans can find NikeConnect located on the lower left hand corner of the jersey on the jock tag.

With that jersey and an NFC-enabled smartphone (almost all Android devices and iPhone 7 and newer), fans can open up a whole new world with one single tap.

Built into the jock tag is an NFC chip. When tapped with a smartphone using the NikeConnect app, fans will unlock exclusive content and experiences based upon which jersey you have.

When tapping the jock tag on a your Durant jersey, you will automatically have access to Durant’s latest stats, highlights, Warriors highlights, top moments around the league as well as his personal warm up playlist on Spotify, player boosts on 2K18 and exclusive early offers on his Air Force 1 shoes. (In China, NBA 2K18 and Spotify are replaced by 2K Online and QQ Music.)

Fans will also have early access to tickets for games of the team whose jersey they own as well as offers for the newest and latest jerseys.

“It’s another way to connect the players with the fans and it gives the fans the opportunity to see things from the player’s perspective and just be in the game with us a little bit more,” Durant said.” I am sure they are excited about it, and I cant wait to see it go to work. Just having to click your phone onto the jersey and see whatever you want about your favorite player, I wish I had that as a kid.”

The thought behind the NikeConnect feature was how to connect the fans with their teams on a new level and bring already technologically savvy jerseys to life. Speaking with NBA fans and Nike consumers from the United States and abroad, Nike narrowed down what they wanted to feature on the app to bridge the gap between fans and players ad also consumers and the product.

“[The idea for this] really started with the consumers,” said Brandon Burroughs, head of product and experience on Nike’s digital team. “Nike is really passionate about how we can serve our members. This started a couple of years ago when we were looking at one of the most powerful connections that we have with our consumers and it is actually through the products we make. That really started us down this path of how can we actually leverage our products to create a direct, personal connection to the consumer and also connect the consumer with the thing they are most passionate about.”

The NikeConnect jerseys will be available for purchase in time for the start of the 2017-18 NBA season.

“This is just the starting line,” Burroughs said. “We are set up to listen to the users and use the feedback and be able to react really quickly. This is the starting point for the new generation of products.”