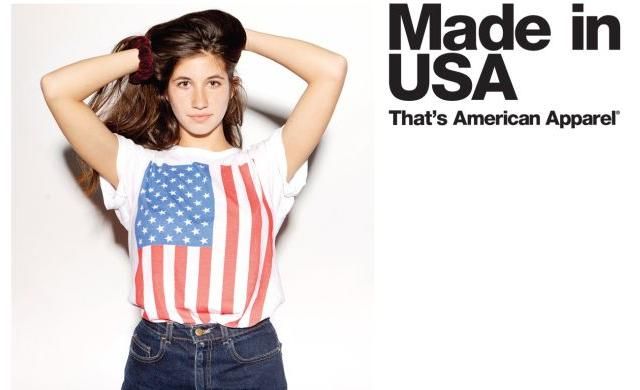 American Apparel has filed for bankruptcy protection after persistent plunging sales at the the scandal-ridden teenage fashion company.

The Los Angeles-based company, which makes all its clothes in the US, said it had reached a restructuring deal with 95% of its secured lenders to reduce its debts.

Lenders will write off about $200m (£131m) of bonds in exchange for equity in the company, reducing its debt to no more than $135m and cutting annual interest payments by $20m.

As part of the deal, American Apparel will file for chapter 11 bankruptcy protection, the company said in a statement.

American Apparel started out as an idea that its founder, Dov Charney, had in his Tufts University dorm room in 1989. It expanded to sell US-manufactured clothing from 260 shops in 19 countries, attracting notoriety for explicit advertising. Then followed a string of increasingly lurid allegations against Charney, undermining any lingering glamour from the company’s image. He was alleged to have made an 18-year-old sales clerk his “sex slave”, masturbated repeatedly in the presence of a female journalist sent to profile him and sent explicit texts to employees.

The 46-year-old Canadian, who once held a meeting wearing only a sock – not on his foot – has been cited in several sexual harassment lawsuits brought by former employees.

However, it was mainly financial rather than sexual matters that led to the company’s downfall as American Apparel failed to keep up with its young consumers’ tastes. Charney’s behaviour arguably sapped the company’s morale and took its sexualised image too far for young shoppers.

Charney had built American Apparel into one of the world’s most admired fashion brands, trading on an image that combined hipster chic and the sexual mores of the 1970s.

He won plaudits for his “Made in America” policy, which shunned the sweatshops of Asia to support US manufacturing. He paid double the minimum wage to his mainly immigrant workforce and provided health insurance and free international telephone calls.

But changing fashion trends and the financial crisis made young shoppers less keen to pay £30 for one of Charney’s plain T-shirts. Sales slumped and debts mounted.

American Apparel’s board fired Charney as chairman in June 2014 and sacked him as chief executive in December for sexual misconduct. The board highlighted the rising cost of defending the company against lawsuits against Charney and said potential backers would not deal with a firm with the self-confessed “dirty guy” at the helm.

American Apparel’s bankruptcy had looked likely for some time after it suffered mounting losses. The company reported a $19.4m loss in the second quarter of this year – its 10th consecutive quarterly loss – as sales dropped 17%.

The company listed assets and liabilities of between $100m and $500m in its bankruptcy filing.