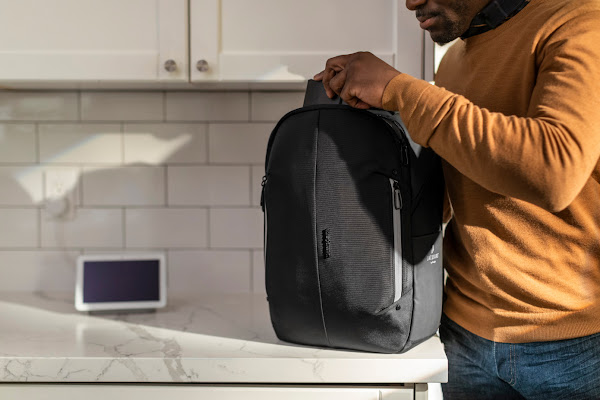 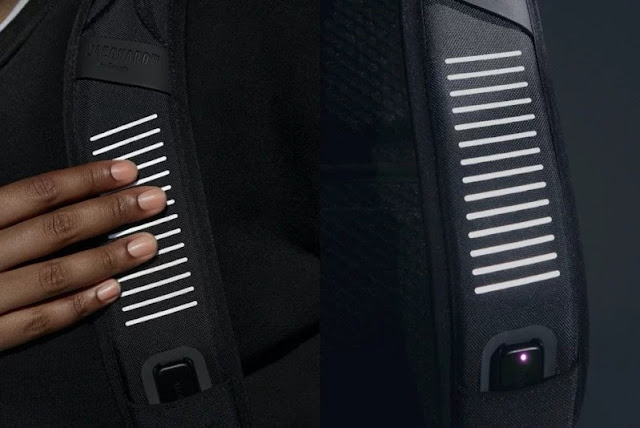 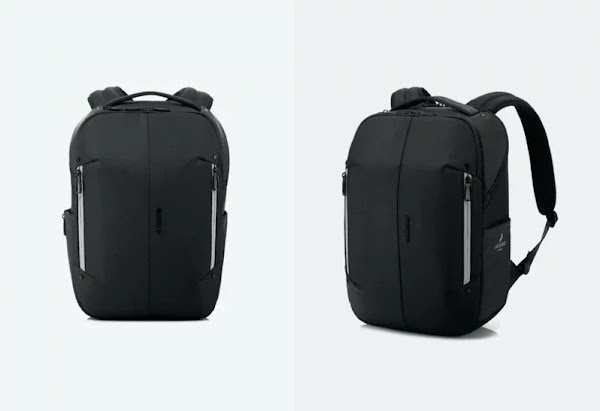 It has been over four years since Project Jacquard,  Google’s  smart fabric technology, made its debut at the I/O developer conference. Launched out of what was then Google’s ATAP unit, Jacquard is currently best known for being available on Levi’s jeans jackets, but Saint Laurent also launched its $1,000 Cit-e Backpack with built-in Jacquard technology. Today, Google is adding a fourth product to the Jacquard  lineup with the launch of the Samsonite Konnect-i backpacker, which, at $200 for the Slim version and $220 for the Standard edition, is a bit more friendly on the wallet than the Saint Laurent backpack.

Jacquard, in case you need a refresher, is Google’s  technology for adding touch sensitivity to fabrics. That means you can touch the sleeve of your jacket or, in this case, the strap of your backpack, to trigger a handful of functions on your phone. The whole system is powered by a small tag (which you charge via a mini-USB port). That tag can also relay notifications through its built-in LED and a small vibration motor.

The number of gestures — and what they can trigger — is relatively limited, especially since you can only really assign three gestures: brush up, brush down and double-tap. You can assign standard media controls to these (think brush up for “next song”), drop a pin to save a place, hear the current time, ping your phone, hear directions to your next waypoint or arrival time or trigger the Google Assistant. Gestures can also trigger your phone’s shutter to take a selfie and there’s a “light” function that lights up the Jacquard tag’s LED. Why this last function exists isn’t quite clear to me because that LED is weak. Google says it can help you get noticed in a crowd or stay visible at night, but unless you’re trying to be found in the darkest of caves, nobody will be able to see it.

As you can see, the main idea here is to let you access some of your phone’s functions while walking through the city with your headphones on.

It’s been about a year since Google and Levi’s launched the Jacquard-enabled trucker jacket. At the time, that was the launch of Jacquard 2.0, with a couple of additional features and a new dongle that now works across products. At the time, our review and those from our peers were pretty tepid. I’m not sure it’ll be all that different this time around.

I’ve tried out the backpack for the last few days. Like before, Jacquard does what it promises to do. The gesture recognition worked as expected. Alerts from my phone made the tag vibrate and the backpack itself is comfortable, if not the flashiest entry into the market. It’s a Samsonite,  though, and the target market here isn’t necessarily college students but business travelers (though that market is pretty dead for the time being).

The backpack itself comes in two versions: slim and standard. The only real difference here is that the slim version has a vertical zipper and the standard version a horizontal one. It features plenty of pockets, a padded laptop compartment and everything else you’d want from a modern backpack. I could easily see myself going on a business trip with it.

Like before, the question remains whether Jacquard is a gimmick or actually a useful technology. Thanks to the pandemic, most of us aren’t heading out as much as we used to — and we’re definitely not going on a lot of trips. Maybe it’s not the right product for this time, but I can see myself using it more than the jacket once all of this is over. Chances are I’ll use a backpack wherever I go, after all, whereas I don’t wear a jacket half the year.  The promise of Jacquard is to allow you to focus on the world around you, without the distractions of your phone. For that to work, it needs to be ubiquitous or you’ll just forget you ever had it. That works better on a backpack than a jacket — at least for me.

Whether that’s worth $200 to you is a decision you must make for yourself.